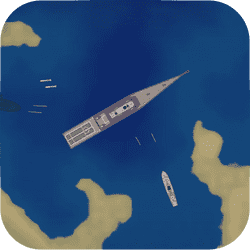 Playing Mk48.io instant game online free, it's playable on all browsers desktop, smartphones or tablets, such as iPhone, iPad, Samsung and other Apple and android system.

Mk48.io is an online multiplayer ship combat game created by Softbear Studios. The goal is to level up your ship by collecting crates and sinking other ships.